▲top
Corynebacterium diphtheriae is a Gram-positive, non-spore forming, non-motile, pleomorphic rod belonging to the genus Corynebacterium and the actinomycete group of organisms. The organism produces a potent bacteriophage-encoded protein exotoxin, diphtheria toxin (DT), which causes the symptoms of diphtheria. This potentially fatal infectious disease is controlled in many developed countries by an effective immunisation programme. However, the disease has made a dramatic return in recent years, in particular within the Eastern European region. The largest, and still on-going, outbreak since the advent of mass immunisation started within Russia and the newly independent states of the former Soviet Union in the 1990s. We have sequenced the genome of a UK clinical isolate (biotype gravis strain NCTC13129), representative of the clone responsible for this outbreak. The genome consists of a single circular chromosome of 2 488 635 bp, with no plasmids. It provides evidence that recent acquisition of pathogenicity factors goes beyond the toxin itself, and includes iron-uptake systems, adhesins and fimbrial proteins. This is in contrast to Corynebacterium’s nearest sequenced pathogenic relative, Mycobacterium tuberculosis, where there is little evidence of recent horizontal DNA acquisition. The genome itself shows an unusually extreme large-scale compositional bias, being noticeably higher in G+C near the origin than at the terminus.

INTRODUCTION
Corynebacterium diphtheriae was shown to be the cause of the acute, communicable disease diphtheria after being isolated from diphtheritic pseudomembranes in the late 19th century; shortly after this, the diphtheria toxin (DT) was purified by filtration from C.diphtheriae cultures. Following this discovery, antitoxin prepared from an experimental animal was successfully used by von Behring to treat a case of diphtheria, leading to the introduction of antitoxin therapy. His contribution was acknowledged with the award of the Nobel Prize in Physiology and Medicine in 1901 (1). Despite this history, surprisingly little is known about the biology of this microorganism, although there have been extensive studies published on its clinical pathology and epidemiology (reviewed in 1). 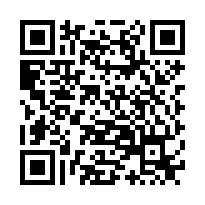