Corynebacterium diphtheriae is a Gram-positive, non-spore forming, non-motile, pleomorphic rod belonging to the genus Corynebacterium and the actinomycete group of organisms. The organism produces a potent bacteriophage-encoded protein exotoxin, diphtheria toxin (DT), which causes the symptoms of diphtheria. This potentially fatal infectious disease is controlled in many developed countries by an effective immunisation programme. However, the disease has made a dramatic return in recent years, in particular within the Eastern European region. The largest, and still on-going, outbreak since the advent of mass immunisation started within Russia and the newly independent states of the former Soviet Union in the 1990s. We have sequenced the genome of a UK clinical isolate (biotype gravis strain NCTC13129), representative of the clone responsible for this outbreak. The genome consists of a single circular chromosome of 2 488 635 bp, with no plasmids. It provides evidence that recent acquisition of pathogenicity factors goes beyond the toxin itself, and includes iron-uptake systems, adhesins and fimbrial proteins. This is in contrast to Corynebacterium’s nearest sequenced pathogenic relative, Mycobacterium tuberculosis, where there is little evidence of recent horizontal DNA acquisition. The genome itself shows an unusually extreme large-scale compositional bias, being noticeably higher in G+C near the origin than at the terminus.

INTRODUCTION
Corynebacterium diphtheriae was shown to be the cause of the acute, communicable disease diphtheria after being isolated from diphtheritic pseudomembranes in the late 19th century; shortly after this, the diphtheria toxin (DT) was purified by filtration from C.diphtheriae cultures. Following this discovery, antitoxin prepared from an experimental animal was successfully used by von Behring to treat a case of diphtheria, leading to the introduction of antitoxin therapy. His contribution was acknowledged with the award of the Nobel Prize in Physiology and Medicine in 1901 (1). Despite this history, surprisingly little is known about the biology of this microorganism, although there have been extensive studies published on its clinical pathology and epidemiology (reviewed in 1).

After infection (by direct contact, sneezing or coughing), C.diphtheriae can colonise the skin and/or the upper respiratory tract where it releases DT, causing the symptoms of the disease. The toxin can also be absorbed by the circulatory system and distributed to distant organs, such as the heart (myocardium) or peripheral nervous system. In respiratory diphtheria the disease develops in the posterior structures of the mouth and the proximal pharynx, producing a membrane on one or both tonsils. The microorganism then multiplies on the surface of this membrane, resulting in the formation of the pseudomembrane, which is initially white and becomes grey later on in the infection. The coating of the trachea by the pseudomembrane can reduce the air flow and may eventually result in complete blockage, causing suffocation and death (2).

The lack of molecular investigation of this organism means that there is a limited knowledge of the factors involved in the colonisation of mucosal sites or indeed any other virulence factors that might be associated with invasion, carriage or proliferation. The main reason for this has been the poorly developed genetic systems for C.diphtheriae, making it difficult to identify and characterise these factors.

In contrast to the lack of general knowledge of the organism, the toxin itself, its transcriptional activation, and mechanisms of action have been very well studied. It is known to be encoded on a mobile temperate bacteriophage (corynephage) (3) and is exported via the general secretory pathway. On encountering a host cell it translocates into the cytoplasm and inhibits cellular protein synthesis by ADP ribosylation of elongation factor 2 (1).

Until very recently (4) there has also been a lack of a good animal model for respiratory diphtheria, due to the fact that mice and rats are naturally resistant to DT. Bitransgenic mice have been developed whose cells efficiently express the DT receptor, making them sensitive to the toxin and therefore the first animal model in which this disease and newly developed antidotes can be thoroughly studied.

This project was initiated to generate the genomic sequence and analysis of a pathogenic Corynebacterium in order to help develop and make the most of these new genetic systems so as to gain a better understanding of the biology and virulence of this microorganism. Diphtheria cases are still being reported from every single region of the World Health Organisation and new epidemics occur regularly, as for example in South East Asia and South America. The disease is also still endemic in many parts of the world, which has severe implications for the developed countries that have successful immunisation programmes.

In this work we describe the complete sequence and analysis of C.diphtheriae biotype gravis strain NCTC13129, a clinical toxigenic isolate from the current Eastern European outbreak.


MATERIALS AND METHODS
Bacterial strain
Corynebacterium diphtheriae biotype gravis, NCTC13129 was isolated in 1997 from the pharyngeal membrane of a 72-year-old female with clinical diphtheria who had returned to the UK from a Baltic cruise (5). The organism was cultured onto Columbia blood agar (Oxoid, Basingstoke, UK) and characterised by standard microbiological methods (6). Chromosomal DNA was extracted directly from the plate culture using previously described methods (7).

Annotation and analysis
The final chromosome sequence was searched with Orpheus (9) and Glimmer2 (10) in order to identify possible coding sequences (CDSs) and the results were curated manually. Predicted proteins were searched against the public databases using FASTA (11) and BLASTP (12), and protein domains were identified using Pfam (13) and Prosite (14). The results of all searches were collated using Artemis (15) to facilitate annotation. Orthologous proteins between C.diphtheriae and M.tuberculosis (16) were identified as reciprocal best matches using FASTA with subsequent manual curation. Pseudogenes had one or more mutations that would prevent full translation; each of the inactivating mutations was subsequently checked against the original sequencing data.

Database submission
The sequence and annotation of the genome have been submitted to the DDBJ/EMBL/GenBank databases with the accession no. BX248353.


RESULTS AND DISCUSSION
General features and metabolic analysis
The general features of the C.diphtheriae genome are shown in Figure 1 and Table 1. Metabolic analysis revealed a complete set of enzymes for the glycolysis, gluconeogenesis and pentose-phosphate pathways. The citrate cycle (TCA cycle) appears to be complete except for the conversion between succinate and succinyl-CoA. The usual bacterial enzyme catalysing this step, succinyl-CoA synthetase [encoded by sucC and sucD, which are both present in Corynebacterium efficiens (17)], is absent; instead, C.diphtheriae may utilise the product of DIP1902, a homologue of the Clostridium kluyveri cat1 gene, which has been shown to act as a succinyl-CoA:coenzyme A transferase (18). As expected, both aerobic and anaerobic respiration genes are present. All the de novo amino acid biosynthesis pathways are present, as is the purine nucleotide biosynthetic pathway. Conversely, the pyrimidine pathway seems to lack the final cytidine triphosphate synthetase (PyrG), which is present in M.tuberculosis, Corynebacterium glutamicum (19,20) and C.efficiens, although the pathway leading to the biosynthesis of thymidine nucleotide seems complete. Pantothenate, CoA and biotin production pathways are complete, although that for folic acid is apparently not. 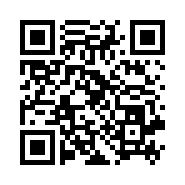