There has been a lot of talk
these days about cinnamon. According to some studies, cinnamon may
improve blood glucose and cholesterol levels in people with Type 2
diabetes. The results of a study from 2003 in Pakistan showed lower
levels of fasting glucose, triglycerides, LDL cholesterol and total
cholesterol after 40 days with levels continuing to drop for 20 days
after that.

The study was made up of 60 people with Type 2 diabetes who were
divided into 6 groups of 10. Three groups received cinnamon in the form
of capsules totaling 1, 3 or 6 grams of cinnamon a day. The other three
groups received placebo capsules. The capsules were taken three times a
day, after meals. All three levels of cinnamon showed results, leading
researchers to believe that as little as 1 gram a day of cinnamon may
benefit people who have Type 2.

Richard A. Anderson, Ph.D., CNS, of the the Beltsville Human
Nutrition Research Center (BHNRC), is one of the original researchers
in the Pakistan study. The BHNRC is under the United States Department
of Agricuture (USDA). From results of his continued study of the
components of cinnamon and their effect on blood glucose and
cholesterol, he states,

"We have also shown
that the active components of cinnamon are found in the water-soluble
portion of cinnamon and are not present in cinnamon oil, which is
largely fat-soluble. In addition to ground cinnamon consumed directly,
one can also make a cinnamon tea and let the solids settle to the
bottom or use cinnamon sticks, which make for a nice clear tea.
Cinnamon can also be added to orange juice, oatmeal, coffee before
brewing, salads, meats etc. The active components are not destroyed by
heat."

Based on these studies, it seems that cinnamon may lower blood
glucose, triglycerides and LDL cholesterol in people with Type 2
diabetes. The fact that studies so far have involved a small amount of
people and have not yet explored the long term benefits of cinnamon,
would lead to the conclusion that there may not be enough evidence
gathered yet, to support cinnamon as a major player against Type 2. But
adding more cinnamon to already healthy lifestyle changes probably
wouldn't hurt either.

Cinnamon: Does It Lower Cholesterol?Cinnamon: Help for Insulin Resistance and Weight LossCinnamon: Simple, Homey and Mighty

Excercises that you prefer to do?Exercise, glucose down and up!?metformin 500mg twice a day 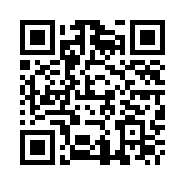