http://www.femhealth.com/SkinSalve.html
Yew Salve Concentrate
is incredibly effective against outbreaks of Herpes Simplex Virus (HSV-1 and HSV-2). Alcohol-free, it actually reduces the severity and duration of sores within one to three days.

Monroe Wall, a chemist from North Carolina, is credited with discovering the anti-cancer properties of Taxus Brevifolia in 1966. He was amazed at the tumor suppression ability of the substance he named taxol, the active cancer-fighting ingredient found in the yew tree. He tried to get the National Cancer Institute interested in his discovery, but they turned him down. The chemist was discouraged, so he gave up in trying to get it patented.

Years later a team of pharmacologists confirmed that Wall's discovery was valid. They were finally able to wake up the National Cancer Institute to do something about this amazing anti-cancer substance. Human trials finally began in 1983.

In 1989, a famous study at John Hopkins University showed that yew was able to help women with "incurable" ovarian cancer. It is tragic to think that this substance could have been saving lives since the 1960s.

Eighty percent of the one million skin cancers diagnosed each year are basal cell carcinomas, according to the American Academy of Dermatology. Although this type of cancer rarely spreads to other parts of the body, if untreated, it can grow below the skin and damage the surrounding bones. 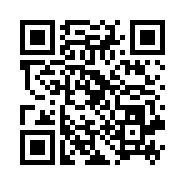